9 Meats that can make you money

Living on a working homestead is rewarding in itself.  However, producing an income from that hard work is a whole other level of awesome!  One of the questions that I get asked frequently is, “How could one make money on the Homestead?” “What can you produce and sell for profit?”  The answer, almost all of it my friend.  The thing is, the goods that you are producing to keep your family fed and healthy are the same things everyone else is buying to feed their family. The majority of the people I know would rather buy goods from a local source, rather than from a big boxed store.  There’s something humbling about supporting your local community and the families that dwell around it.

Raising meat birds is a short and sweet, yet fowl smelling, en-devour.  With modern hybrid breeds, like the Jumbo Cornish Cross,  meat chickens are ready for butcher in under 2 months.  While I personally prefer to raise heritage breed chickens for meat, such as the Buckeye, the sale price per pound is the same but the cost to raise them is greater.

Lets face it, commercially grown chicken is about as nasty and cruel as it gets.  Because of that, locally raised, grown eggs and meat birds are a high dollar item. Raising chickens for eggs is incredibly rewarding.  Not only are these amazing creatures an excellent source of fertilizer and bug control but backyard chickens eggs typical sell for R25.50 – $40.00 per dozen.

Grass-fed beef is expensive.  But oh so worth it. Raising steers for meat is an excellent way to make use of those spring time bull calves.  If your dairy cows throw heifers you can  breed them and sell them for twice as much as a calf.  If your cows throw bulls, steer them and raise them up with the rest of  the herd until butcher.  Grass-fed beef takes a bit longer, as does raising dairy steers for the freezer.  Keep this in mind when your calculating dates.  Don’t expect them to finish quickly  like a Angus steer and don’t be tempted to feed them grain.  Your patients will be rewarded for raising them on grass, with a top dollar price tag. Also, don’t forget that you can rent you Bull out for welcome session or two and get paid mayor money while he gets treated royally.

Meat – Meat rabbits are at high demand right now but like most most backyard specialties, the demand is higher then the suppliers.  Rabbit meat is very high in digestible protein and low in calories, making it highly praised in the medical community and recommended  for people with cardiac disease.  When raising rabbits,  there is profits in numbers, which is easy to do, after all, your raising rabbits.  Keeping a large supply of does is a necessity for continual production. Thankfully, rarely do you need more then one buck, who needs to stay housed separately.   Rabbits can have 4-12 kits per litter and because rabbits are induced ovulators, a rabbit can be re-bred within minutes after giving birth. The Californian Breed is a great dual purpose (meat and fur) rabbit and make excellent mothers.

Pelts – Rabbit pelts are also a good sell.  While some people are looking for pelts to learn how to tan, others are looking for them for crafts and fine goods, such as hats and coats. While your not going to make into Forbes selling pelts, you can still expect to get about

Manure – Got extra rabbit poop?  Perfect, sell it!  Rabbit poop is one of the best manures for the organic garden. Backyard gardeners love this nitrogen and phosphorous rich fertilizer and are willing to pay good money for it. You can sell manure in its whole form, as is, or make a highly potent manure tea. One doe and her kits can produce up to 1 ton of manure per year

I love lamb.  Beautiful fuzzy delicious lamb.  Raising lambs for meat is also niche market, why?  Because they’re too darn cute.  Lambs are fun to raise and carry a excellent feed to meat ratio. Lambs are butchered at 9-12 months.  Tip: Depending on the breed, calculate and plan on selling your lambs for market in the spring.  Quality lambs are in high demand and often lamb prices are at a high during this time

This little piggy went to the market… Pigs are fun, intelligent animals that thrive on table scrapes and garden waste. While these animals can be housed in a a small pen, the will thrive in pasture with lush grass and brush to root around in.   Pigs typically take around 6 months to raise, making pork a excellent source of income for the homesteader who doesn’t want a year round chore.

Goat meat.  I can honestly say that I have never ate goat meat.  Some people love it. Some people, not so much. However, whether it’s your pallet favorite or not, selling goats for meat at market will bank you competitive rand per kilo

The market for aquaculture products is expanding throughout the world as populations grow. People are becoming more urbane and health conscious, which means the consumption of fish as food is increasing all over the world.
South Africa is traditionally not a fish-eating nation but its consumers have become more aware of the growing range of aquaculture products available in the stores. Tilapia is becoming more popular as well as catfish sausage and burgers.

Efficient production from aquaculture can make fish and seafood more affordable to the public and relieves the pressure from natural fish resources.

When visiting South Africa you will more than likely be offered exotic meat. Kudu, springbok and other venison varieties are popular; while warthog and crocodile meat also feature. If you’re not in the mood for reptiles, South African venison is delicious and not such a shock to the palate. Venison is less fatty, but a bit richer, than beef and has a completely different taste.

Most restaurants include game on the menu, from springbok carpaccio to ostrich and “wilder” meats such as kudu and warthog. There are also many restaurants that are specifically known for game meat, such as the aptly named Carnivore in Muldersdrift, Johannesburg. They offer a wide variety, including giraffe, zebra and crocodile – when available of course.

The main months for the availability for fresh ostrich meat is September to March.

As their wings are small and they have flat breastbones, most ostrich meat is sourced from the legs. Ostrich meat, despite being from a bird, is classified as red meat and is, in fact, darker than that of beef. 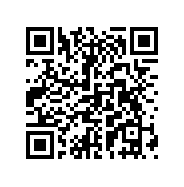